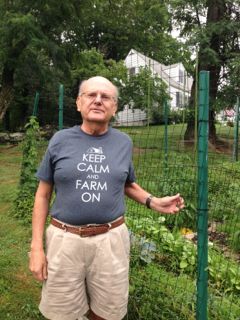 Norm was kind enough to show me around his front yard gardens on his Sunday afternoon.  He has lived and gardened in his home in Tarrytown, New York for the past 29 years.

He grew up in New Jersey and remembers going with his parents to buy tomatoes at local farms; they would then come home and make 100 pints of tomato sauce.  These were all used up during the year as every Monday was spaghetti night in their house.  He still cans but only every few years, as it takes him longer to use up all that he makes.

This year he has some salad greens in pots outside his back patio for easy access. He has two garden spots about 10 feet by 10 feet each, one to the side of his driveway where he has potatoes, cucumbers and lettuce planted and the other in the front of the house where he is growing tomatoes, pac choi and broccoli. 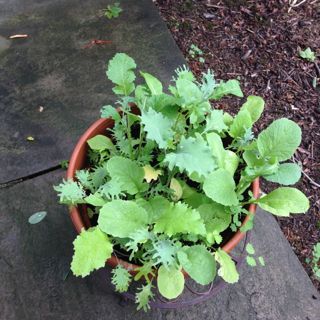 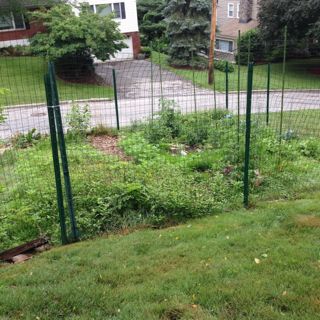 He reminisced that the first year he started gardening he planted 4 cucumber plants and he harvested 300 cucumbers from those plants.  This inspired him to continue growing.

His broccoli last year was at a good 6-8 inches across, so his is feeling a bit disappointed with how things are growing this season. I thought things were growing pretty well. 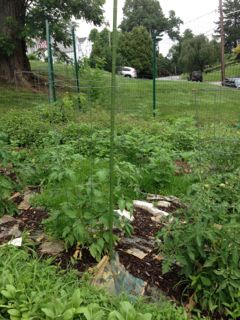 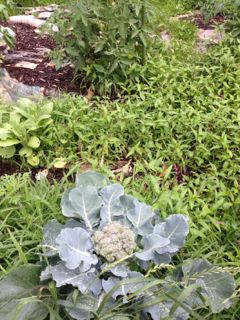 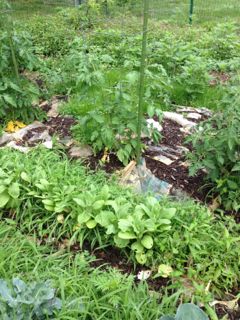 He says the weeds have taken over this year.  They had a really bad winter and a cool spring so he did not till the garden soil, this could have contributed to the weeds.  He also has been traveling and doing other things this spring so he has not spent as much time in the garden as he would in the past.

He did mulch with paper and straw under the cucumber and tomatoes and that has helped a bit, but everything was pretty overgrown with weeds.  Once the weeds have got out of hand it can be difficult to catch up with the weeding.  He is hoping for the best with his harvest. 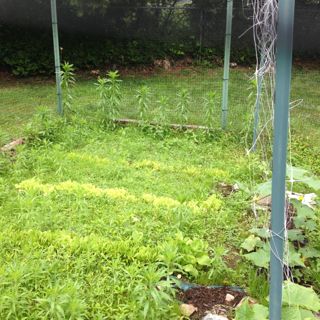 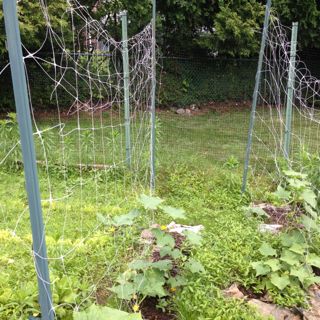 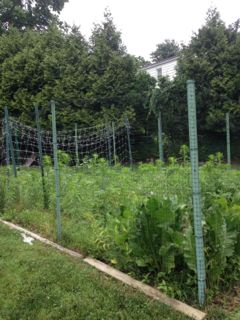 His main pest is deer, so each garden is surrounded with 8-foot high black mesh deer fence.  This has kept them out of the garden.  He is not sure of the neighbors though, as they walk by they jokingly say, “those tomatoes are looking good, we might to back later.”

He is the only one on his street that grows veggies, so I can see why they would be envious of the fresh food he grows.

Thank you Norm for showing me your gardens.